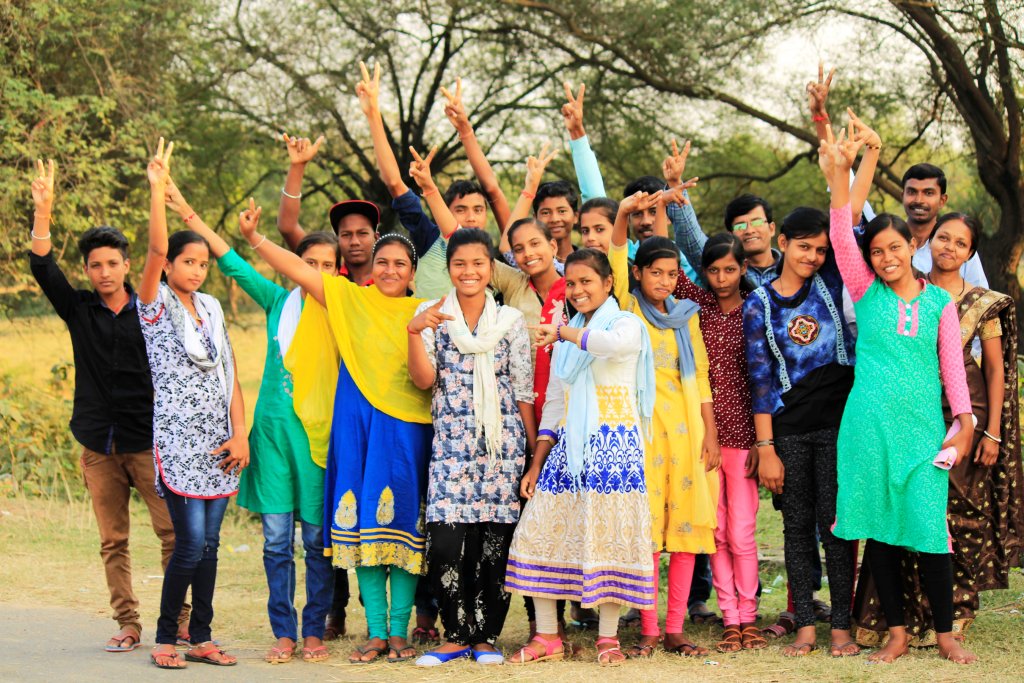 15-year-old Pramila Munda, who is trained as a peer educator says her dramatic transformation is thanks to lessons learned in Sambhav. Pramila leads an adolescent group of girls in Gauchandrapur village of Baharagora block in East Singhbhum district. This is one of the 1614 adolescent groups in the district supported by UNICEF and the Government of Jharkhand in collaboration with local NGOs under the Rashtriya Kishor Swasthya Karyakram (RKSK) national scheme.

The 15 year-old girl recalls, “My parents did not allow me to speak with others especially with boys. They also wished to marry me off. Now I can raise my voice against all these. Hats off to Sambhav!”According to a feedback from adolescents in Jharkhand, majority of parents in the tribal community with daughters believe that girls get spoiled and involved in relationships if they socialize with boys and make friends.

In Jharkhand, as in several other states girls are likely to get married at the age of 15/16 years. At the age of 14 years Pramila’s parents decided to give her hand in marriage as they had found a suitable groom for her. Earlier, she hesitated to share or talk to her parents about anything concerning her life however, through the caring support network of peers and mentors, Pramila found her voice and is now more self-assured and confident. She managed to convince her parents to allow her to complete her education first “Child marriage exists in the village. But now we have an improved understanding and we talk to our parents about the problems it causes. Over the last two years, we’ve also helped to prevent child marriages,” the girl adds with obvious delight. Pramila is now continuing her studies and hopes to become a police officer. “I want to do everything I can in the future to stop child marriage for other girls,” she says.

Last year when Pramila discovered that a neighbor was arranging the marriage of his 13-year-old daughter to a groom, who was above 24 years in age, she acted swiftly and alerted other members of the adolescent group. At the time, Pramila was associated with the Sambhav program wherein she learnt about the pitfalls of child marriage. The next day Pramila and her friends went to the girl’s house wherein they discovered the prospective groom and his family who were visiting, to discuss the marriage. The girl’s family discouraged Pramila from going in front of the groom and his family saying that she was prettier looking than the bride and so the groom may go on to choose her for marriage in place of the girl. In spite of all the resistance, Pramila went on to question the groom asking him what he does for a living and why he wants to marry an underage girl. For this, she received a lot of flak from the villagers present and the groom and his family. When Pramila questioned the  girl whether she was interested in getting married, she responded saying that she was not sure and that if the groom liked her and if her parents insisted, she would get married as she had no other choice. Pramila and few of her group members went on to counsel the girl and her parents about the consequences of child marriage.

She was dejected as the girl’s parents refused to listen. She became restless as the wedding day drew closer. The next day Pramila and her group of girls informed the Panchayat head (village council) and her school teacher who managed to convince the girl’s parents to stop the marriage.

Pramila, who belongs to a tribal community, has received training as a peer educator to run sessions on life skills, rights and entitlements, adolescent sexual and reproductive health, menstrual hygiene and management etc. The aim is to empower the most marginalized adolescent girls to make informed choices, especially those who are at risk of child marriage or are already married. With 15 days of games and activities interspersed with knowledge on various issues, the young woman learns how to motivate and instruct girls in her own village. Then she runs hour-long meetings twice a month, passing on this knowledge and encouraging their dreams.

“Each workshop, each activity in which we participate as young women is an opportunity for personal growth and for helping to make people recognize the leadership of young women.” Through engaged discussion and exposure to new ways of thinking, the girls work on increasing their self-awareness and developing the confidence to stand up to negative influences.