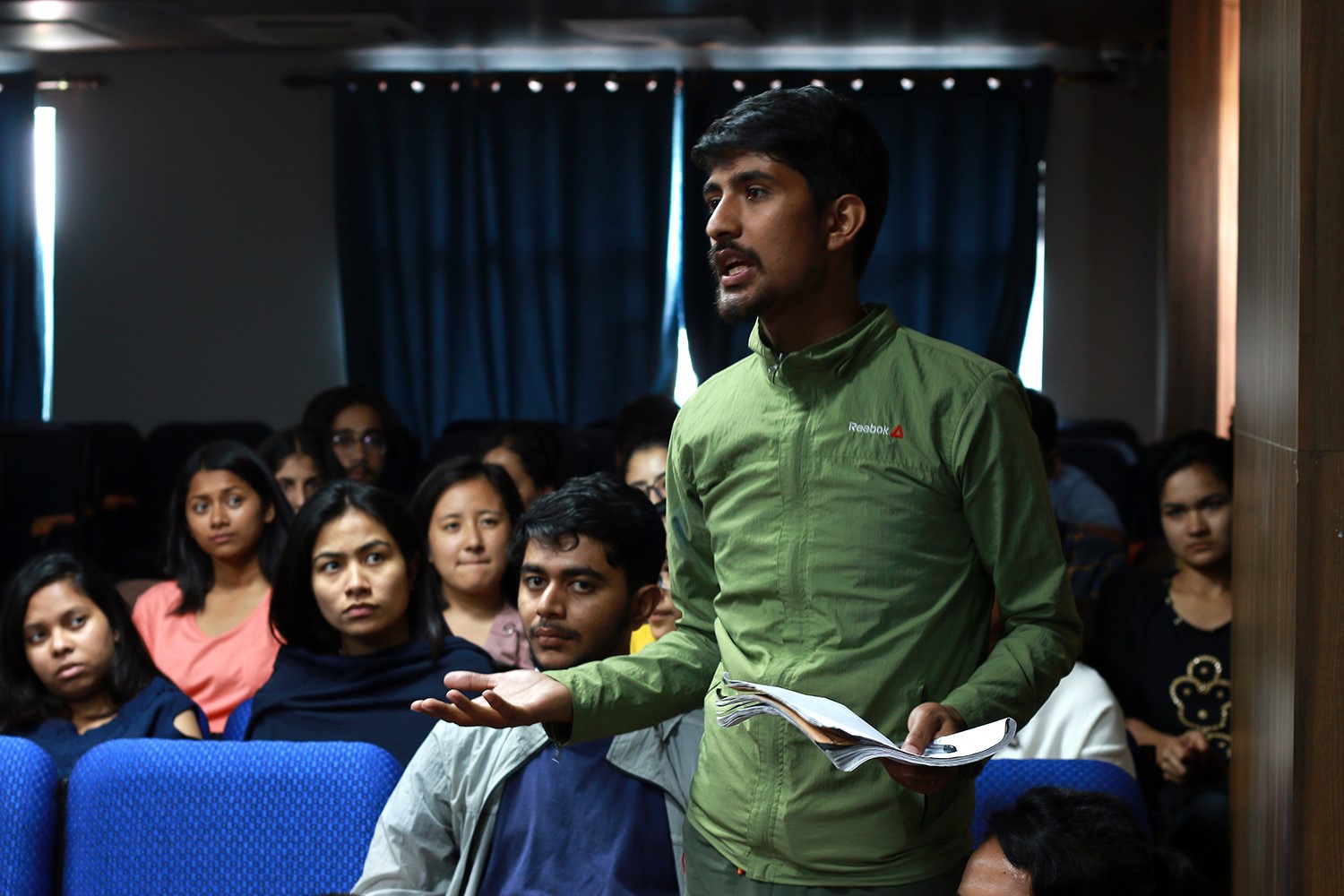 The civil war against the autocratic monarchy came into operation in Nepal from 13 February 1996. Through the signing of Comprehensive Peace Accord between the rebel group and the Government, the 10 years long civil war came to an end on 21 November 2006 along with the management of combatants and, arms and ammunitions. The message of conclusion of civil war was given internationally and nationally. As a result of civil war, some political change like end of monarchy, promulgation of new constitution,entry of federal democratic republican system etc. took place. Due to such political change, it seemed like Nepal was in Peace.

But the civil war, done in the name of change, has resulted into various events of human rights violation, victimized the citizens, created turmoil in peoples heart, violence in the society and people have lost their parents, husband/wife and children. Many were tortured, raped and led to homelessness. More than seventeen thousand people were killed and more than three thousand went missing. The pain of yesterday’s war is still alive today. Many rape victims are still bleeding due to uterine prolapse. People are struggling on the edge of life and death due to their injury. There are hundreds of wives still in pain and waiting for their husband, having the hope that their husband will return one day. Many people still live with the question that, why were their loved ones killed? Who killed them? Although it is told that peace was restored but due to these cause there is still unrest and turmoil in some communities. Until the questions of these people is not answered there will always remain unrest in their mind.

We can only imagine the pain of the person to whom their family left by saying that they will return in few minutes and has not returned for 20 years. Until today those families are still suffering to know the truth and are fighting for justice. Those families are not just seeking the truth and justice but also raising their voice to ensure that the same does not repeat in the future.

banglanatak dot com, Kolkata has been operating the Peace Waves program in the Asia as a small effort to grant peace in the society and persons of the society among the unrest created due to the culture, rites, discrimination on societal understanding and other different reasons. In the first phase, the Peace Waves program was operated in participation from various states of India, Nepal, Bangladesh and other countries for two days and the participants were requested to operate a program in their own places in order to restore the peace. Following the request, I had organized and operated a program being based on the story of victims of civil war that occurred from 13 February 1996 to 21 November 2006. I operated the program by showing the documentaries of civil war in order to make people aware about the changes that civil war brought to the life of victims and to raise the questions like,how to decrease the unrest scattered in the mind of victims and society?, what role can youth play to provide justice and to send the message that such events should never occur in the future and no one should suffer from such pain ever. My institutions, Voices of Women Media and Conflict Victim National Alliance, had helped me in the organization of program. The program was organized in Kathmandu Metropolitan City, 13 Chagal, Nepal. The interaction took place in participation of more than 500 students from Sarawoti Niketan Higher Secondary School on May 6, Shanti Niketan Higher Secondary School in May 09, Shree Geetemata Higher Secondary School in May 10, Kanti Ishwori Rajya Lakshmi Higher Secondary School in May 13, Paropakar Higher Secondary School in May 17 and Lesnal College in June 03.
The things that I learned from banglanatak dot com workshop helped me a lot during the organization and operation of this program. By providing the information about the past, the questions like, what impacts the victims have faced?, how to bring peace in the mind of families of victims? and what can we do to ensure that such events does not take place in future? were discussed with the students.

Teachers and students said that, to move forward together in the campaign for justice and also because students are the future of the nation, for non-repetition of similar incidents, this program played a vital role amongst young student.
I have always been working to bring peace in the peoples mind and in the society but banglanatak dot com has given me the required motivation and I am very thankful to the institution. I appreciate the work of banglanatak dot com in this matter.
Reactions of Students:
• I did not know such events occurred and many people are still awaiting for justice.
• In order to restore peace in the society, these types of programs are necessary.
• Not only us but other people should also know these things.
• Until they do not get the justice, there would not be peace in their mind and in order to restore peace in their mind, justice must be delivered. 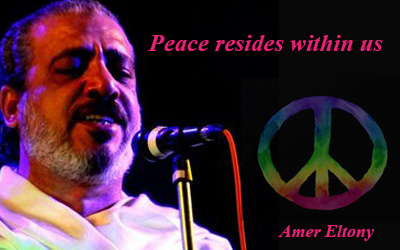 Amer Eltony formed a musical band named Mawlawiya in the year 1994 to safeguard Egypt's Mawlawiya heritage. His idea was to create an artistic-spiritual ambience inspired by their rich cultural  endowment. His main aim was to achieve an audio-visual alternative to spirituality which he has gained through portrayal of their songs, dance and poetry on stage. Elton's view of peace is very human...
Read More.. 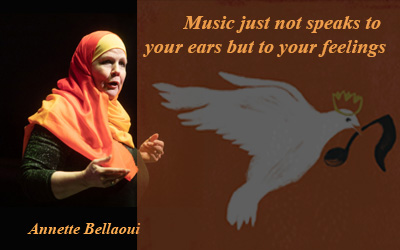 Annette Bellaoui is the coordinator and co-founder of the Copenhagen World Peace Music Festival - an annual Danish music festival. She also directs the organization  ' Missing Voices' a musical consortium that empowers and promotes Muslim and non-Muslim women to independency and self-growth through music which is more than just entertainment. To her: "Music just not speaks to your ears but t...
Read More.. 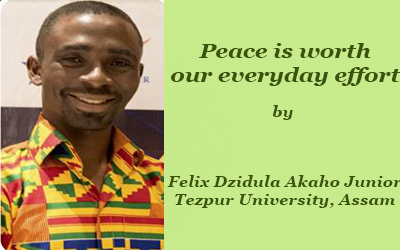 Felix is a national of Ghana West Africa and a fellow of Indian Council for Cultural Relations. He is currently enrolled for Masters in Communication for Development (C4D) at Tezpur University, Assam. The article summarises the radio production work submitted by Felix, our peace waves participant from Assam, India. The actual work can be accessed @ Read More.. 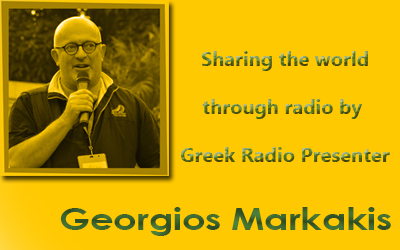 Excerpts from an interview with Georgios Markakis, veteran radio presenter from Greece “I don’t have an organization working on peace but peace is a colour I always include in my life. It is like an ingredient I use in my everyday cooking. Democracy and peace both mean a lot to me. I have collaborated with George Papendreou , a popular Greek politician for several years. Be...
Read More.. 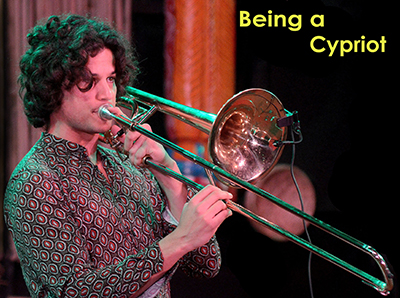 Musician Demetris Yiasemides shares on what it is to be a Cypriot Although Cyprus is a tiny island, there is a lot of political turmoil going on for  the last 40- 50 years. The situation has a deep impact on people’s lives as well as the culture and music of the region. The music is structured in such a way to bring people to dialogue and unify the people of the island. Cyprus primarily has...
Read More.. 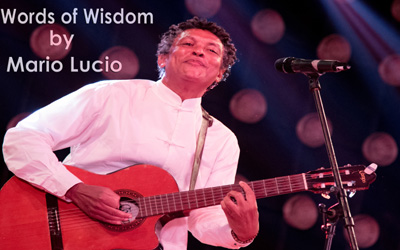 Peace is something we share. We may be at peace with ourselves but it is important to share it with people.  Peace is definitely not just the politicians’ prerogative. It is for every individual. A nation cannot be in peace if the leaders are not in peace. So we must make an effort to bring peace within ourselves.  The moment we are at peace we must share it with people. It multiplies creating ...
Read More.. 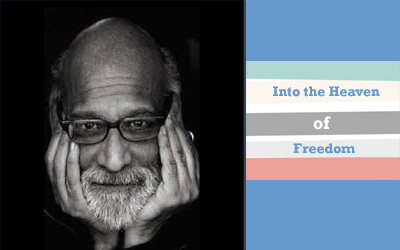 Susmit Bose is a renowned urban folk singer who sings to spread the message of peace. He has been making music since the 1970’s, and has performed widely in India and abroad. He participated in the Internat...
Read More.. 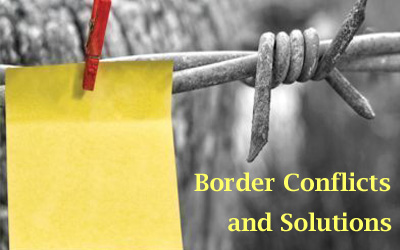 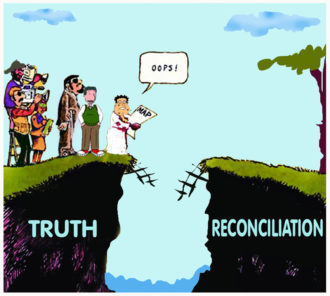 Forgiveness does not come cheaply; it comes deeply from the heart. In 1995, truth and reconciliation commission was formed in South Africa as an aftermath of apartheid, as a deal...
Read More..