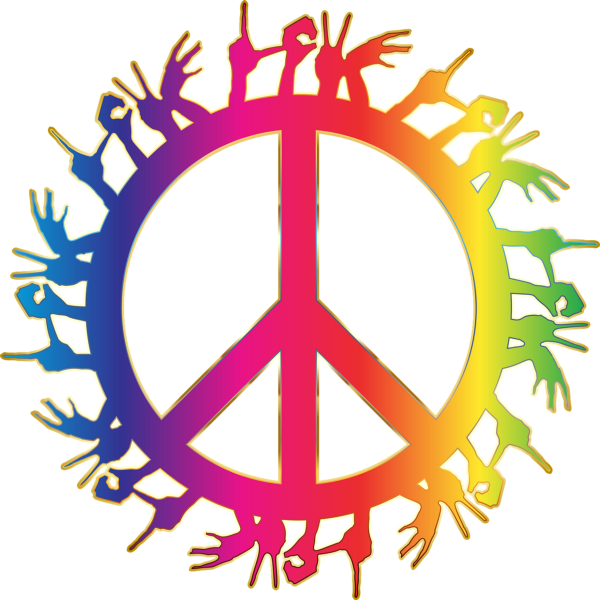 My language is intertwined with my culture. I have had the good fortune of visiting and living among various communities of this world. I was born and raised in Bangladesh, but I have visited USA three times and there have been short visits to India and Thailand. Each community was very diverse and different from each other. All my experiences collectively made me realize that language is an intrinsic part of culture. What we think and express in words are inevitably dictated by the cultural norms imprinted in our subconscious. However, different contexts have different requirements of communication, and one’s culture will most definitely manifest in their words even while attempting to meet specific contextual requirements of communication. Through all of languages verbal and non-verbal aspects, language embodies cultural identity, and will clash with the requirements of community different from my own. As a student of Linguistics, I will relate the story of how my current speaking style was formed through the accumulation of experiences in different communities.
Narrative style is different for people hailing from different regions. Since I was raised in Mymensingh, a district of Bangladesh with a distinct dialect, naturally the way I speak in Bangla, reflects the way people of my home district speak. As Bangladeshis we try to insert a lot of emotions in each of our remarks, be it for invoking sympathy, rage or laughter upon others.
However, since I am from Mymensingh, my way of speaking Bangla is distinct, in the sense that we use sarcasm in ample amounts accompanied with laughter to always keep the mood light. When I was exposed to University teachers and other Bangladeshi people in Dhaka, naturally my style of speaking was not welcome in every quarter. I observed that the ‘Dhakaites’ do not prefer a light mood in all instances. They are quick to temper and most of my sarcasm is lost in their insecurity of being made fun of. Instead of invoking laughter through my sarcasm I sometimes invoked undue anger. This shows that communities belonging to different geographical locations may have different ways of interpreting communications.
While people of my home district finds the humor in every situation with exaggeration, people of Dhaka tries to interpret each word on the merit of its main meaning, without any allowance for sarcasm. Naturally I had to adapt to the speaking style of Dhaka, which is giving short direct sentences to express one’s intent, and clarifying each and every metaphor or analogies that are inadvertently used. This also shows the print and power aspect of Dhakaites language, since their dialect is most common; it is naturally the most used dialect even by the people who immigrated to Dhaka from different districts.
Words that had a certain meaning before are now frequently used as a symbol for specific things. Certain words had different meaning for me before I went on an exchange program in USA, and now when I use them they are automatically used to refer to certain symbolic meaning. For example, the word bridge just meant a connecting road between two land masses or platforms, before I traveled to USA. When I went to the YES Program, the word bridge is frequently used as a connection between people and their culture, like the sentence, ‘We need to build a bridge of understanding and tolerance between Muslims and Americans.’ Before USA ‘terrorist’ meant any group that creates terror to further their political agenda. After my experience in US, from the wide usage I observed among the Americans, I now understand that it specifically refers to extremist Muslims who have a fundamentalist interpretation of Islam.
Similarly, holocaust just does not mean extreme abuse and torture inflicted upon a group of innocent people without any real reason, but it refers to ‘the holocaust’ upon the Jewish people during World War II. These are also examples of cultural encoding and linguistic signs. The words ‘bridge’, ‘holocaust’ and ‘terrorist’ are linguistic signs. The different meanings denoted by these words are examples of cultural encoding. A clearer example of cultural encoding is the different English speakers refer to toilets. In Bangladesh we call the restroom as ‘bathroom’ and the commode is called latrine. In America the commode is called toilet seat.
What surprised me the most when I look back at how my current speaking style has changed due to outside influences, is the social construction of literacy that people conduct based on what they heard. For example, due to my distinct Mymensingh dialect, people of Dhaka automatically used to assume that I am uneducated. This is different from when people of United States assumed that I must speak broken English, simply from the fact that I hail from a third world country. This is because Americans judged that my communication skills were primitive as I hail from a primitive background, according to their perception. For them English being spoken the way they do is more civilized.
However, the presumptions about my literacy by the Dhakaites, that I had to suffer were because, they judged me on the way I spoke Bangla. With the Americans, they judged me before they heard me. I was also socially positioned as someone belonging to the uneducated class based on the way I spoke Bangla.
I have changed my style of speaking by incorporating all the different reactions I received for my past usage of both English and Bangla, and the style I have now is not perfect but is flexible enough to adapt new changes. Now I speak both Bangla and English, keeping in mind the dialect that majority would understand. I am less sarcastic and ‘cool’ in my responses now, to retain seriousness.
As per the Sapir Whorf Hypothesis the structure of my speech reflects the way I perceive society and accounts for all my experiences and worldviews. My speech pattern will continue to change as more time passes. 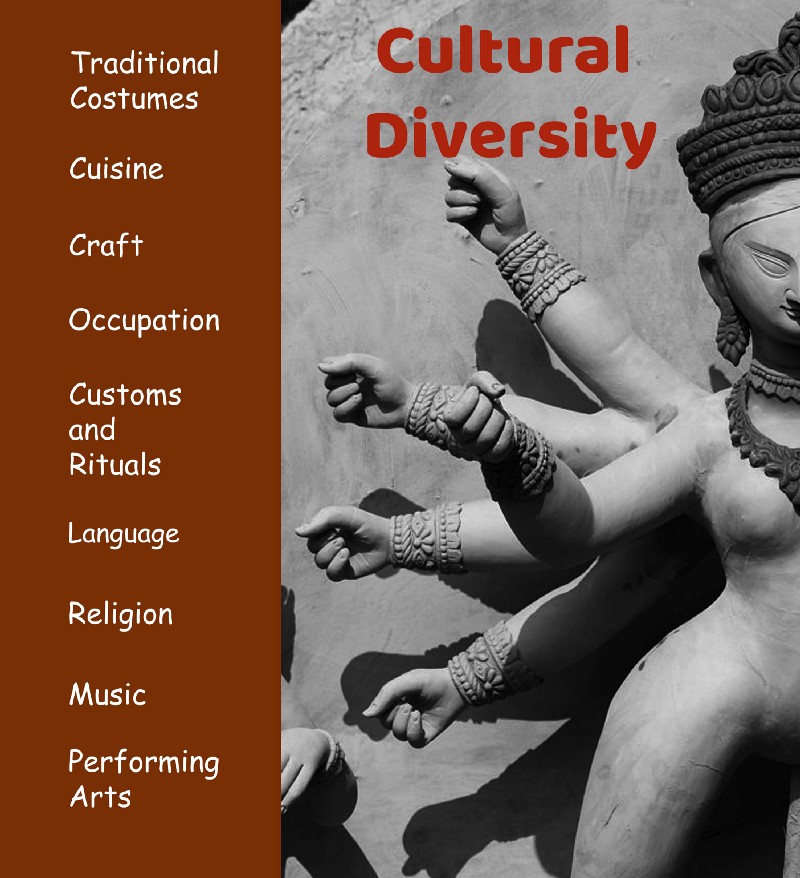 Rabindranath Tagore once said “If God had so wished, he could have made all the Indians speak one language, the unity of India has been and shall always be a unity in diversity.”

We live in a country where diversity is a way of life, where accepting each other and respecting each other is part of our life. India represent an endless variety of geographical features, physical features, and cultural patterns. Our diversity varies from the Himalayan range to the Indian Ocean, crossing countless rivers, plateaus, and even deserts. Latitudinal difference of even the slightest degree can throw up different physical features and families having different cultural backgrounds. Cultures strikingly different from each other peacefully co-exist in India, prompting us to believe in India’s “Unity in Diversity”. India’s languages, cuisines, architectural vibrance, traditional costumes, occupations, music genres, crafts, religions, performing arts, customs and rituals constitute its diversity. This country has faced many invasions over centuries but in spite of inflicting great pain and loss of lives, they were metamorphosed into elements that contributed to the country’s diversity and harmony. Accepting the other is a deep-rooted trait in Indians, one that helped them accept and internalise external influences to create positivity in our collective thought, action and way of life.

Food has always played an important role in the lives of Indians. Culinary diversity is one of India’s greatest treasures. Indian curries and spicy sauces are famous around the world and communities across the globe appreciate the richness of Indian spices.

India is a secular country with all major religions of the world. The main religion in India is Hinduism, followed by Islam, Christianity, Sikhism, Buddhism, and Jainism. Zoroastrianism, Judaism and Bahaism are also there with a lesser number of followers. No matter which religion it is, the message of love and universal brotherhood is inherent in every religion, region and culture of India.

Mark Twain said, “India is the cradle of the human race, the birthplace of human speech, the mother of history, the grandmother of legend and the great grandmother of tradition.”

India is like an ocean that accepts diverse rivers of customs and rituals and still maintains harmony. Rituals, traditions and customs not only vary from religion to religion but also from family to family. Wedding rituals, birth rituals, death rituals are very dintinct in almost every home in every region, in every caste and religion.

India celebrates a festival almost every month. Being a multicultural country for ages, India celebrates all festivals together. It is not that every Indian celebrates all the festivals but everyone does respect them all. Be it Diwali or Eid, Christmas or Pateti, India celebrate festivals of every community and religion. No matter what religion one may belong to, the core values of staying honest, being a good neighbor, cherishing each other’s diversity, and being thankful to God for life remain the same.

Music, art and craft are an integral part of life in India. The inner world of an artist — the world of faith and belief — finds expression in both classical as and folk art forms. India has a rich heritage of theatre, dance, music and traditional skills like pottery, stitching and painting. Using the body as a medium of communication is perhaps the most intricate form of art. Music plays an important role too. Traditional music of India is often taken from the lifestyle of the communities. India is also rich in painting, stitching and weaving. Most paintings, stitches and weaves depict the way of life of a period or the people’s grievances.

In such a unique backdrop, it is only wise to steer clear of all divisive forces that seek to demolish this mosaic of integrity and harmony that is built on the foundations of accepting diversity with love, care, sharing, and understanding.

We urge you all to share your views and stories as part of our journey to further strengthen our ties with our neighbors who are different from us in several ways but are on the same page with us when it comes to our identity as rationale, peace-loving, humane people! 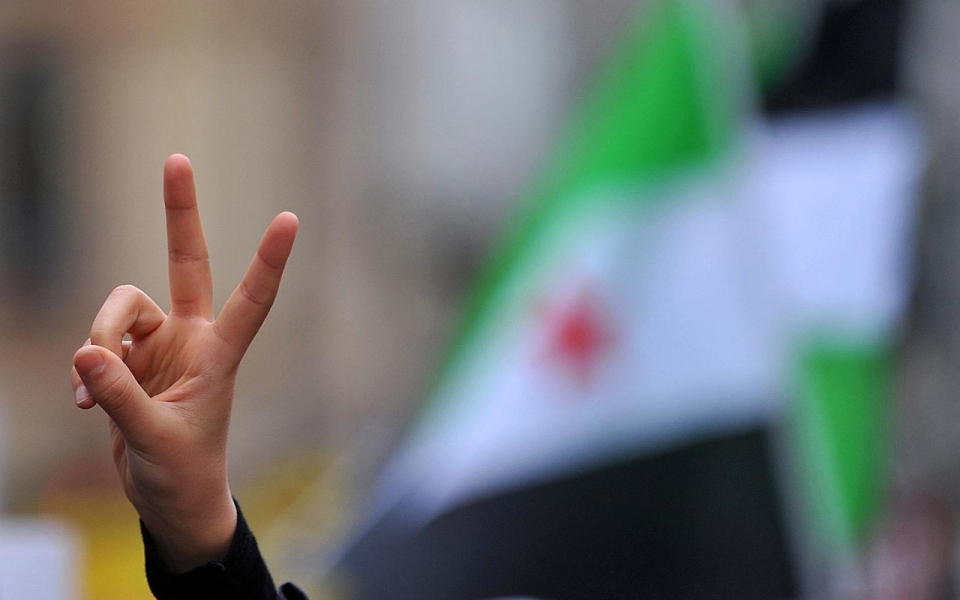 The 21st century has taught us to distinguish the truth from beliefs. The beliefs are truly weird. These beliefs when stagnated in the mind create myths and stereotypes. Although some people do not want to believe this. These people get the support of some other individuals or organized bodies. This is leading to major violence. We pledge every year to establish peace at religious centres and on the social media but it seems to be a vicious circle. 2018 seems to have surpassed 2017 with regard to instances of violence.

The need of the hour is thus to have greater dialogue to establish peace. It definitely is not going to be easy and requires patience. There will be opposition at every step. The individual freedom of individuals is being challenged. The primary attacks are with regard to free speech, gender and racial equality. This leads to the violation of basic human rights.

It is important to address the issues rather than not allowing people to assemble in groups. The change will obviously not happen overnight as it takes years for these myths to be ingrained in the minds of humans. We accept these myths to be a part of our day to day lives. In most cases it is difficult to get the point across but one needs to keep at it. There is no better way.

The pre conceived notions comes across as the biggest barrier. A lot of progressive thinkers too fall prey to the myths and misconceptions. Some of the educated class still believes in the caste system. Health workers are afraid of treating patients with HIV + due to lack of awareness.

The key to winning this battle against the myths is patience. They have to be repeatedly addressed. The initiative needs to start at an individual level to spread among people. Interpersonal dialogues need to start to have an impact on larger societal bodies. Only then can we gradually progress towards the truth which is far from the beliefs.